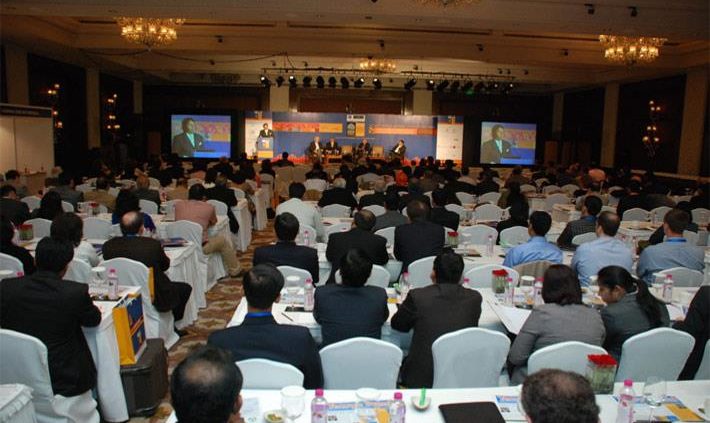 Held on October 17th and 18th in Ro de Janeiro, the 33rd IAF World Fashion Convention was a co-production of the IAF and IAF’s Brazilian member Abit, the national fashion and textile industry association based in Sao Paulo. In addition to excellent speakers from, among others, McKinsey, Hugo Boss, , Hering, C&A, Esquel, Lectra and PVH, delegates were treated to a great display of Brazilian hospitality and zest for life.

The 33rd IAF World Fashion Convention was opened by Abit President Fernando Pimentel and by IAF President Han Bekke. Mr. Bekke remarked in his opening speech that the concept and the theme of the Convention, ‘Compliance and Technology – Key Drivers for Industry and Retail’, were very much in line with IAF’s mission to unite the industry to help improve it.

Mc Kinsey presented from its well-known study among the chief purchasing officers (CPOs) of major apparel brands and retailers. The presentation set the stage highlighting the amount of investments the industry still has to make to actually digitise the supply chain by stating that 64% of the firms questioned spend less than 1% of their sourcing value on digitisation.

On compliance, both C&A and PVH stressed the importance of changes in buying behaviour permeating throughout the organization so that the strategy set out by the CSR and sustainability officers really affects the entire operation and that suppliers receive the same message from all buyer’s representatives.

On technology, the Convention made clear, as exemplified by Hugo Boss and by Esquel, that technology is already enabling semi automised factories thereby greatly improving productivity and beating rising labour costs.

IAF Conventions always reflect some characteristics of the host country. In this case, Brazil is a people oriented country. Different speakers from Brazil and from abroad made clear that the solutions to the many challenges in the fashion industry all hinge around the ability and the willingness of people to embrace far reaching change.