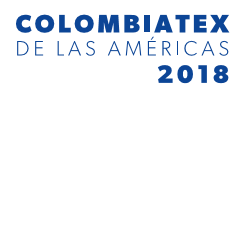 From January 23 to 25, the city of Medellin (Colombia) hosted the 30th edition of Colombiatex de las Américas, one of the biggest trade shows for fabrics and supplies for the Latin American apparel industry. Brazil was the country honored at this edition and was at the show with one of the largest delegations ever, with 40 components, machinery and fabric companies.

The group of 28 Brazilian companies that were at Colombiatex are all members of Texbrasil (Brazilian Textile and Fashion Industry Internationalization Program) and they introduced launches over the three days of the event, doing USD 12.7 million in business. Business expected over the next 12 months also continues strong: USD 18.7 million.

According to Rafael Cervone, CEO of Texbrasil, one of the major attractions of this edition was Brazil’s high profile at a key moment from an export standpoint. “The new agreement taking effect between Mercosur and Colombia opened up a lot of possibilities that are encouraging growth in both textile markets. And at this edition we were able to take advantage of each of them,” he says.

Thiago Guerini, who is with the export team at the Rosset Group, said that the show was excellent. “Both regarding business opportunities and the audience, Colombiatex this year was great,” he says, adding that “the event has an interesting regional influence, providing the chance for us to make lots of contacts.”

Activities
In addition to facilitating deals and fostering contacts, the 2018 edition of Colombiatex also included various activities that will go down in the history of the event. On the first day of the show, the event’s organizers paid homage to Abit as one of the longest-running partners of Colombiatex. During a ceremony, Rafael received a plaque representing the show’s esteem for the partnership.

The press conference was also held on the first day, with spokespersons from Abit, Abimaq, Assintecal and Apex-Brasil taking part and with attendance by the international press, in addition to a cocktail for guests. Both activities took place at Brazil’s institutional stand.

On day two, buyers, executives and the press corps had the chance to check out “Talking Brazil: Opportunities and Future Perspectives,” a chat for guests with the Brazilian delegation which was a huge hit with the public. During this roundtable, organization spokespersons debated the future of manufacturing, the new Mercosur agreement with Colombia and trends in industry 4.0.

During each day of the show, there was also a series of fashion shows with creations by designers Heloisa Faria and Rober Dognani, curated by Andre Hidalgo, from the Casa de Criadores (House of Creators) fashion week. Looks were made using supplies from 25 of the 28 Brazilian companies at the event with the support of Texbrasil and they created plenty of buzz.

According to the Business Director of the Dalutex textile company, the conception for the dress created by Heloisa Faria using the company’s material exceeded all expectations: “The look was fantastic; we are very proud and happy with the result. We also loved the show, it was in extremely taste and well-organized, a real show,” she says.