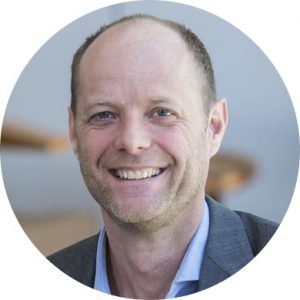 Matthijs Crietee’s career is fully focused on the fashion industry. He started with the Dutch fashion industry association FENECON to support its members with trade policy affairs. At that time the trade in fashion was governed by quota still.

After a brief stint at the Dutch Ministry of Economic Affairs Matthijs returned to fashion to work with the successor of FENECON, MODINT, as its deputy director. In the ten year period from 2000 to 2010 he build up an important part of MODINT’s consultancy department, heavily focused on compliance support, trade policy and sourcing, market information and labour law.

From 2010 he helped the Dutch fashion industry to get full recognition as part of creative industry and one of the ‘top sectors’ in the Netherlands and he helped MODINT to secure government support for its innovation promotion work. He build up MODINT Logistics, a successful division of MODINT organizing buying power in logistics for its members.

Matthijs has served on the Board of the Dutch Federation of Creative Industries. He is adviser to the Dutch innovation institute for the creative industries ClickNL (Click Next Fashion) and he frequently lectures at several Dutch fashion management institutes as well as the academy for industry association management in the Netherlands.