Mr. Alejandro Laquidain, has been appointed President of the International Group for Textile Care Labelling He succeeds to Mr. Adam Mansell, CEO of UKFT in the United Kingdom.

GINETEX is pleased to announce the nomination of its new President, Mr. Alejandro Laquidain, for a period of two years. He has been unanimously elected at the last General Assembly
of GINETEX on 23 October 2020, taking his new responsibilities on 1st January 2021. Previously, he was Vice-President of GINETEX.

Alejandro Laquidain, Spanish, has been Chairman of the Lakidain family group since 1985, a company that specializes in the production of lace, tulle, satin, accessories and a wide
variety of fabrics. The group is located in Navarre (Spain) and owns a textile factory in Argentona (in the province of Barcelona) since 1976. 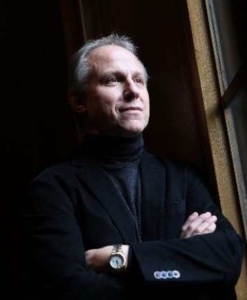 “It is an honor for me to now chair the GINETEX association and to continue the work that my predecessors have fully accomplished” comments Alejandro Laquidain. He adds: “GINETEX is the leading international organization for textile care labelling and as such, we have great challenges to take up. Over the next two years, I would like to strengthen the global presence of GINETEX by welcoming new international members and by promoting a smart labelling app project within the textile and clothing industry.”

Former President of GINETEX and elected Vice-President by the same General Assembly, Adam Mansell comments: I am delighted that Alejandro Laquidain is to become the new President of GINETEX. He has a huge wealth of experience in developing trade organisations and international bodies as well as having a lifetime’s knowledge of running a textile business – this makes him the ideal candidate. He is hugely respected in the industry and I very much look forward to supporting him over the next two years”.

Over his previous years, Alejandro Laquidain has built a significant professional experience in the textile industry. He occupied different mandates as President in the following Spanish organizations in the period between 2008 and 2019: Asociación Nacional de Fabricantes de Tules, Bordados y Encajes (TBE), Federación Textil Sedera (FTS), Confederación de la Industria Textil – TEXFOR and Consejo Intertextil Español (CIE). Alejandro Laquidain was also a member of the Board of Directors of EURATEX (The European Apparel and Textile Confederation) from 2013 to 2018, the Confederación Española de Organizaciones Empresariales (CEOE) from 2012 to 2016, and the Catalan organization Fomento del Trabajo Nacional from 2011 to 2018.

As a member of the Board of Directors of Consejo Intertextil Español (CIE) – the National Committee representing GINETEX in Spain since 2016 – he has served as Vice-President of
GINETEX for the past year. He is also currently member of the boards of Federación Textil Sedera (FTS), and Confederación de la Industria Textil – TEXFOR. Born in Barcelona in 1958, Alejandro Laquidain holds a degree in textile engineering, with a specialization in warp fabrics, obtained in Obertshausen (Germany).

Webinar: Shared Risk and Reward in the Fashion Supply Chain
Scroll to top