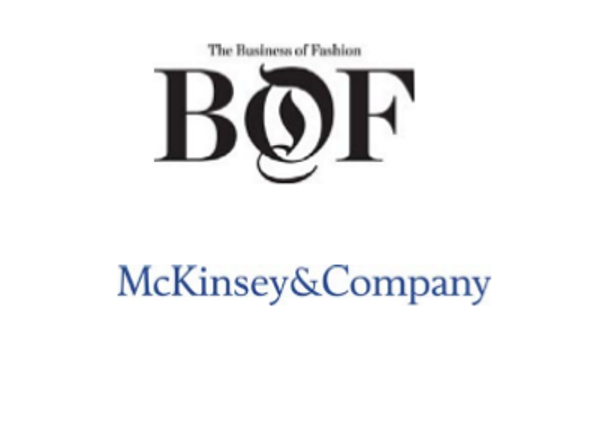 The State of Fashion 2018 by The Business of Fashion (BoF) and McKinsey: Slower growth in mature markets, stronger polarization between winners and losers and ten trends set to shape the industry in 2018.

The global fashion industry is on track for continued growth in 2018. Average revenues for the global fashion industry are expected to rise between 3.5 and 4.5 percent in the coming year, to a total of $2.5 trillion according to The State of Fashion 2018, a new report published by The Business of Fashion and McKinsey & Company. That is more than the 2.5 to 3.5 percent growth projected for 2017 and more than triple the growth in 2016, but still below the long-term average of 5.5 percent. The industry’s profit margin (before taxes) is projected to hold steady at ten percent.

This renewed growth will mainly be driven by emerging markets such as Asia, Africa, Latin America, as well as those in Europe. BoF and McKinsey projections show the emerging markets in Asia (India, Vietnam, China, etc.) achieving revenue growth of 6.5 to 7.5 percent in 2018, with their European counterparts (Romania, Russia, Turkey, etc.) slightly behind at between 5.5 and 6.5 percent. By way of contrast, mature markets in North America and Europe will grow only 1 to 3 percent.

“In 2018, more than half of revenues in the global fashion industry will come from new markets in the East than long established markets in Western Europe and North America,” says Imran Amed, founder and editor-in-chief of The Business of Fashion (BoF). “This is an important symbolic tipping point as business leaders across the industry continue to gear themselves up for growth, amidst a backdrop of rapid flux where new technologies, new consumers and an unpredictable macroeconomic environment continue to challenge leaders to rapidly shift their strategies and operating models.”

Stronger polarization between winners and losers
Value creation at companies in this rapidly shifting market varies dramatically: according to the latest analysis from the McKinsey Global Fashion Index, the top 20 percent of fashion providers earn a total 144 percent of the industry’s value increase. “The best companies grow faster and more profitably. That is a massive contrast to the vast but basically unprofitable middle section of the industry and the poorly performing bottom fifth that is actually destroying value. The fashion industry will always be an industry where ‘The winner takes it all'”, says Achim Berg, Senior Partner at McKinsey and expert in the fashion and luxury goods industry.

Key trends for 2018
The report’s authors also identified ten trends that will have a major impact on the fashion business in the coming year. Some will be triggered by global economic developments, including Asia’s now pioneering role in technological innovation. Asian countries have long since overtaken western markets here: more than half of global online sales and two-thirds of e-commerce unicorns, i.e., startups valued at more than a billion US dollars, originate from Asia.

Other trends will be shaped by consumers. These include the market dominance of online platforms, which conventional retailers are no longer able to outrun. Achim Berg: “Both brand name manufacturers and fashion retailers have stopped asking a whether they can work with the online platforms, now they are figuring out how those partnerships should look.” One-third of the fashion managers surveyed believe that the growing dominance of online platforms will be one of the defining consumer trends in the fashion industry next year.