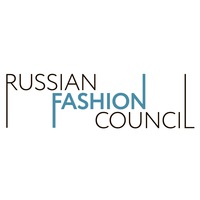 MBFW Russia in the ‘Manege’ Central Exhibition Hall was concluded with a show by Igor Gulyaev. Over 80 designers showcased their collections on runways and in presentation format. This season saw the debuts of 12 young designers including the Russian Fashion Council’s grants awardees.

The shows of the Mercedes-Benz Fashion Week Russia participating designers received a wide coverage by the international media. Over 50 foreign journalists and photographers from Vogue US, Vogue India, Fashionista, WGSN, Eclectic, BoF and other media houses were covering the MBFW Russia events in Moscow.

‘We invite foreign reporters to attend the shows in Moscow not as tourists,’ says Alexander Shumsky, President of Mercedes-Benz Fashion Week Russia. ‘They come here to work, and it is the shows where they spend most of their time. For some of them it’s already their fifth of sixth season in Moscow. And every season we see hundreds of publications on our participating designers in the international media, and this indicates the high level of the collections showcased on the ‘Manege’ runways, because the Western journalists assess the clothing and not the designers’ visitors who wear it. Thus, the high society connections of a fashion house have zero effect on its international coverage in this case. That’s why it comes as no surprise that over several recent years some Russian designers after having had their shows in Moscow during MBFW Russia, received offers to dress such world A-list celebrities as Lady Gaga, Gwen Stefani, Rihanna and others.’

A special mention should be made of the main business event of Mercedes-Benz Fashion Week Russia – the Fashion Futurum Startup Show, a follow up on Fashion Futurum International Conference, which was successfully launched last season. From the 70 applications, which had been submitted, the selected 12 were presented. Young teams, who had come up with innovative and original solutions for fashion industry, were given a unique opportunity to present their ideas at the main national fashion platform. Seminars with the leading Russian and international fashion technology experts formed an important part of the Fashion Futurum Startup Show. The presentations of the start-up projects were judged by a respectable jury consisting of business acceleration, venture capital investments and fashion industry experts. Selection of participants for the first fashion start-up show was carried out in collaboration with GenerationS business accelerator. The best teams chosen by the experts were awarded an opportunity to take a course at Fashion Technology Accelerator (Milan), as well as participate in Splush Helsinki and the March edition of Mercedes-Benz Fashion Week Russia.

This season, MBFW Russia continued to experiment with Virtual Reality (VR) and explored new horizons in the Augmented Reality (AR). The latter is the best way to demonstrate on a 2D screen what the virtual environment looks like. Unlike VR-helmet, augmented reality relies on social network resources. Witnessing other people’s positive virtual reality experience through social networks, users get interested in trying it for themselves. Journalists, bloggers, fashion illustrators received a unique opportunity to dive into the virtual world. Using HTC Vive virtual reality set and Tilt Brush interactive visualization software everyone could operate a 3D-brush to create a 3D picture applying dozens of various tools, choosing colours from a very wide palette, employing animation.

It is worth recalling that a virtual film about Mercedes-Benz Fashion Week Russia, the Mirror to the Soul, was awarded the Best VR Travel Film or Experience at the Virtual Reality Festival, held within the Consumer Electronics Show – a grand annual international exhibition of consumer electronics.

The Festival of Folk Artistic Crafts – ‘Russian Art Heritage’, organized by the Russian Fashion Council and the Ministry of Industry and Trade, made an important addition to the runway shows. For three days a dedicated area of the ‘Manege’ Central Exhibition Hall was turned into a stylized art space of the Russian artists’ grand workshop.

‘The elements of folk designs may become a source of growth and a distinctive feature of our fashion,’ said Dmitry Kolobov, Director of the Department of Socially Conscious Industries’ Development in the Ministry of Industry and Trade. During the Fashion Week the ‘Russian Art Heritage’ area became a place where designers and folk artistic crafts masters were meeting. Over two hundred apparel and accessory designers visited the even in three days, including the Mercedes-Benz Fashion Week Russia participants. Not only numerous master-classes gave the visitors an opportunity to learn something new, but they also created a rear chance to see the craft artists’ work in progress.

The platform of Mercedes-Benz Fashion Week Russia was used for the ‘St. Petersburg, the Center of Fashion and Textile Industry’ project presentation. The concept had been developed by the St. Petersburg City Administration Committee on Business and Consumer Market Development, and was presented in Moscow by Elgiz Kachaev, Chairman of the Committee.

Famous International fashion illustrators Jae Suk Kim, Sasha Spring, and Veronica Kemsky visited Mercedes-Benz Fashion Week Russia shows to capture the event’s brightest moments. The Fashion Week’s backstage was decorated with their works from the previous seasons. Creation of illustrations with the augmented reality tools was a new experience for the guests.

This season’s MBFW Russia broke many records. Over 50 thousand guests visited the event; more than 40 thousand new photos with an official MBFW Russia hash-tag were uploaded to Instagram in five days. All the shows were broadcasted live on 150 web-sites and on dozens of pages in VK and Facebook. The overall stats have not been summarized yet, but it is known already that via only one of the channels – the Fashion TV Facebook page with 4 million subscribers – live feeds from the ‘Manege’ runways were watched by 2 million people all over the world.

The largest photo agency Getty Images is the international partner of Mercedes-Benz Fashion Week Russia: photos and videos from the Fashion Week are available for downloading to 60 thousand media houses across the globe from Image.net.

The 2016 MBFW Russia Spring-Summer Season will be closed on November 11 with a show by designer Igor Chapurin, who will present his collection at a separate venue.

The title partner of the Fashion Week is Mercedes-Benz.

You can follow all the events taking place on the catwalks of Mercedes-Benz Fashion Week Russia from anywhere globally live at www.mercedesbenzfashionweek.ru

Gerber AutoMatch™ Increases Throughput by 75%; Cuts Labor Costs in Half
Scroll to top